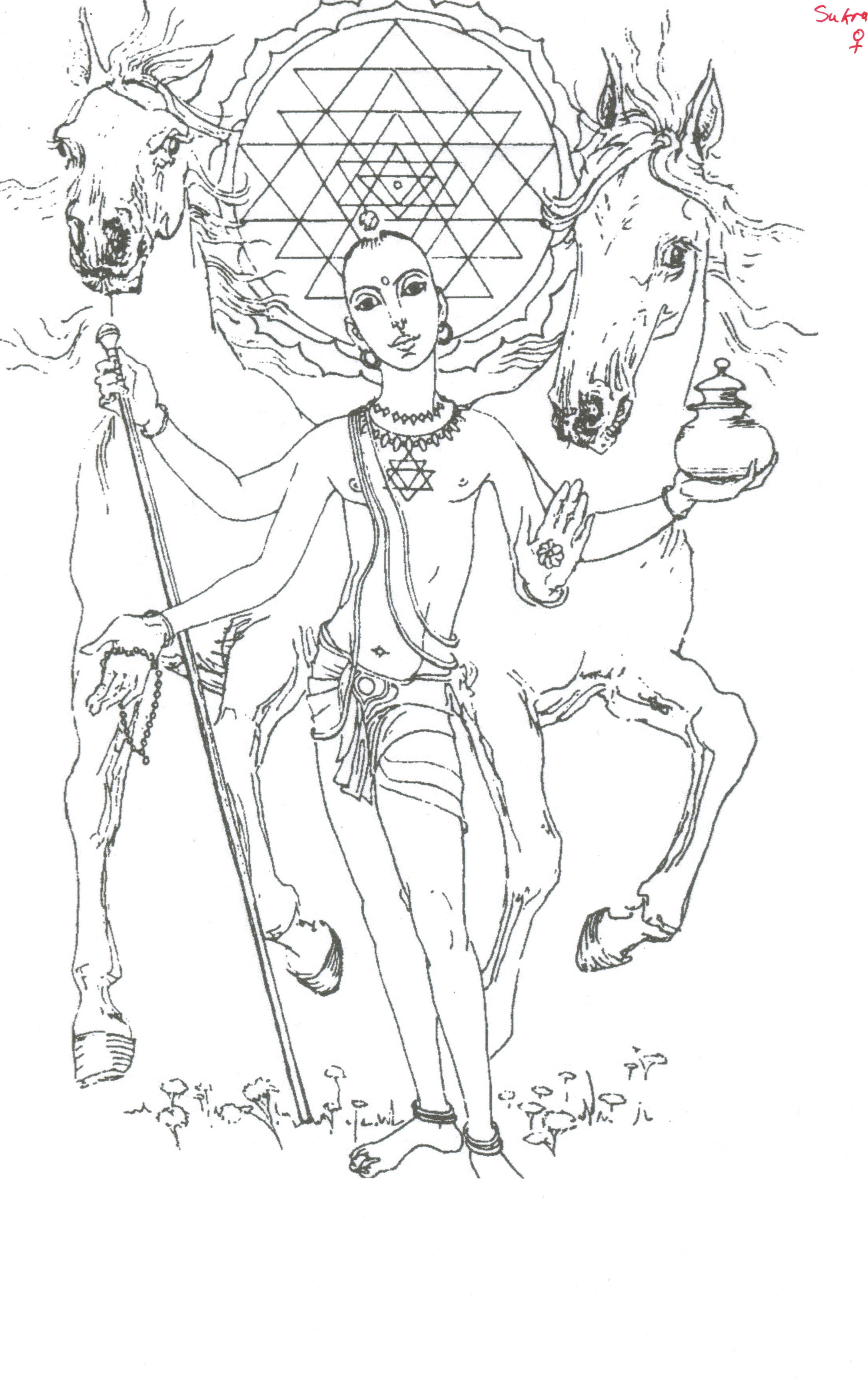 I think the most important thing about the current transit of Venus across the Sun is that its energy forces us to now take stock of LOVE ISSUES, especially.

I say this for two main reasons:
Firstly, Venus is retrograde, in other words He has apparent backward motion as it tracks across the face of the Sun and this retrograde period lasts another three weeks until June 27th.
When planets retrograde, they trip us up to face the particular facet of life they vibrate with. Mercury Retrograde periods are well known for causing communications and postal disruptions and aberrations in financial transactions. The Divine Purpose of this is to make us give right attention and focus to Mercury issues and values.
So it is for Venus Retrogradations. When Venus is Retrograde, we are caused by developments in our life to focus on Venus issues of love, but also value and taste/beauty.

Secondly, Venus is in his own sign, sidereally speaking. Venus is in sidereal Taurus, using the zodiac of Vedic Astrology so this makes Venus POWERFUL now, albeit retrograde (see my Blog on the difference between the western and Vedic zodiacs: http://wp.me/p179Ad-9B ). Remember, it is the Vedic or sidereal Zodiac that does declare most surely and it is the Vedic / sidereal zodiac that does relate to actual truth of physical and psycho-mental manifestation/unfoldment of the Divine Emanation, rather than the egoic (but still valuable in that sense) tropical zodiac of western astrology.

I would also add some supporting six points:

a. There is an immense Taurus emphasis in the great unfoldment now. There are actually four planets in sidereal Taurus at the moment, and at Mondays Eclipse and full Moon there were actually SIX planets on the Taurus-Scorpio axis, sidereally speaking, and at the New Moon which kicked off the cycle that culminated in Mondays Full Moon eclipse, there were five planets in sidereal Taurus.

b. The energy of the Taurus / Gemini axis is where solid, material and value issues are set against fears and power plays and nasty attempts to egoically control so as to try to create illusory false security, or – for all you higher Scorpios out there: the eagle surveys the murky depths and achieves the high picture. Life’s emotional turmoil CAN lead us into protected sustained battle, but, for the higher Scorpios, can lead to higher spiritual connection and leadership and hope and transcendence.

c. that ‘earthquake shifts are to be expected at this period. Obviously, in addition to the two big factors I mentioned above, we also have to note that eclipses produce undamming of stuck or stagnant energies, at the realm of the earth’s crust eclipses are often associated with earthquakes and tidal waves (layers of the earth’s crust that are stressed just can’t stand the stress any more and so they give way), and because Taurus is the sign of the body, materiality and indeed money, there could well be earthquakes in the world’s money systems to make them better coincide with real value and indeed justice.

d. Oh, and on the subject of Venus conjunct the Sun, I would make the point that Venus and the Sun don’t have the easiest of relationships because the Sun is so egocentric, so people born with Sun conjunct Venus in their birth charts can burn up love by their egocentricity.

e. BUT you have to remember when assessing the effects of Full Moons on your life, that it vastly depends on the HOUSE in your birth chart where the eclipse falls as to how you will experience its energies, not just the energies of the sidereal sign for your spiritual destiny unfoldment and, egoically the Tropical sign). If the Eclipse is in your 8th House, you could be thrust into an underworld, if in your 5th House children issues will shift, if in your 11th house the card desk could reshuffle to allow for opportunities and gains

f. And also you have to remember when assessing the effects of Full Moons on your life, that it vastly depends on the PLANETS the Full Moon or especially an Eclipse Falls on. Briefly, and to simplify very greatly, if an eclipse falls on your Sun or Ascendant, this can mean harm and downfall to you. If it falls on your Moon it can be tough for your mother, but if it falls on your Jupiter, unfoldment, expansion and luck could be heralded (unless Jupiter is weak or debilitated in your particular chart of course). Of course you do have to take into account the individual standing of each planet in your individual birth chart when predicting eclipse effects.

Ah – and were you wondering why I was referring to Venus as a Him??? In Vedic Astrology, it’s a  God of Love. The Lord of the planet Venus is Lord Sukra. I attach a pin up image of him. Sukra, God of Love!

Below is the chart for yesterday when Venus conjuncted the Sun.

This is followed by a diagram depicting the Transit.

Contact me for astrology readings: birth chart, prediction and relationship, and to enrol on my Courses at www.starwheel.co.uk, email Michael@starwheel.co.uk and phone: 07799296821. 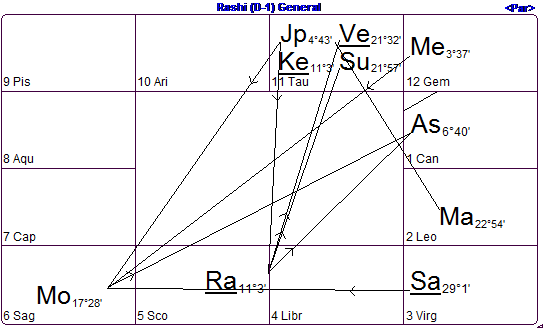 PrevPreviousThere’s got to be some meaning in this ‘coincidence’
NextRead these three Testimonials and Have an Astrology Reading!!!Next

This post is all about the wonderful opportunity offered to You by this Full Moon. The chart

Relationship Astrology is NOT just for people in relationships

This post is all about the wonderful opportunity offered to You by this Full Moon. The chart

Relationship Astrology is NOT just for people in relationships